San Diego – the exceptional city (Installment I of III)

Never before in human history have ordinary people – you and me – been able to peer into the quirky, submicroscopic genomic particles that direct traffic within our mortal bodies (hooray for our tenacious medical researchers) while simultaneously scanning the vast cosmos for the daunting mysteries of black holes (posthumous homage to Stephen Hawkings).  ­­­­­­­­­­ 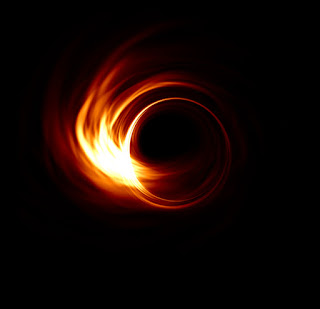 By contrast, tackling the routine challenges of daily existence ­– love, work, family, politics – should be a piece of cake.  Alas, not so.  The scientific method, the intellect of experts... these tools are woefully inadequate in the realm of social and political affairs.

To illustrate, let’s look at our own city of San Diego.
It doesn’t take a rocket scientist to notice that despite huge population growth over the decades… despite a leftish tilt in political party registration... despite city charter reforms to give us district elections, term limits, a strong mayor government, and a new “minority/majority” council district...

... despite the increasing number of female and lgbt and ethnic candidates elected to office… despite project/labor agreements and living wage resolutions… despite rivers of craft beer flowing through our neighborhoods…

... despite downtown rallies and marches and declarations of #MeToo… despite new trolley lines and colorful bikes and scooters… despite sprouting cannabis dispensaries... despite the promising winds of change in recent decades... despite it all...

San Diego has stood its ground as a city that defies the natural laws of nature.  We've mastered the secret of self-cloning to routinely reproduce generations of complacent, lackluster, interchangeable political leaders.  We're stunted by a fossilized political mentality, hobbled by a stubborn disregard for the public good, yet successful at resisting change. 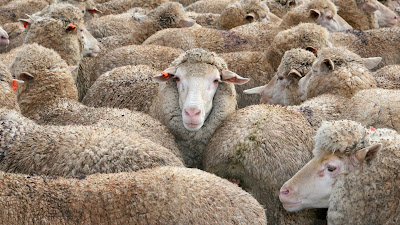 San Diego is, perhaps, the only place on earth where evolution has been observed to move backwards.

We also have an exceptional gift for pulling the wool over the eyes of insiders and outsiders, alike.  Take a look at this east coast perspective of our city:

Like its urban rival Los Angeles, San Diego is not so much a city as a loose collection of overlapping (and sometimes colliding) communities bound by arterial, life-giving freeways: it’s a military town in Coronado; a surf town in funky, eclectic Ocean Beach; and a border town in the historic Mexican-American neighborhood of Barrio Logan. If San Diego has a cohesive identity at all, it’s a shared embrace of an easy, breezy Southern California casualness. With its lack of pretension, the city is often seen by outsiders as a kind of Pleasantville — a bland, happy place with an exceptional amount of sunshine. Depending on how deep you look, that may be all you see. But there are, after all, worse things than Spanish tiles, palm trees, tropical blooms, year-round flip-flops, fresh fish tacos and bonfires on the beach.

But missing from view is a rendering of the heart, the soul, the driving force of our city – our relentless zeal to pander to land speculators, developers, and the venerable "hospitality" industry.

Also overlooked is San Diego's well-honed art of seducing, manipulating, and ultimately neutralizing (and eviscerating) would-be reformers as they attempt to turn the political tide toward a more enlightened, equitable city.

But cheer up!  There may still be a future in our future.  A new contingent of ambitious “change-makers” is on the horizon, girded for the battle to redirect San Diego’s historic trajectory.  It's a welcome undertaking but a risky one in a city like ours.

So here's a useful reminder: our city’s previous brave reformers helped dig their own black holes by resisting the necessity for comprehensive planning and strong coalition-building (think of it as a pragmatic version of "intersectionality").

What caused them to resist?  Let's just say that inflated egos and personal political goals are equal opportunity afflictions that cut across all political persuasions.  Even “good guys” in pursuit of power for a just cause can succumb to underhanded, undemocratic, and vindictive tactics that eventually poison the well.

It may not be fair that the “bad guys” don’t have to be encumbered by attributes like honesty, integrity, and ethics while the “good guys” do.  But like it or not, if our new reformers are to be effective advocates for the public good, then higher standards are a sine qua non.  And right now, a brutally honest assessment of San Diego's newest warriors suggests a very mixed score.
**************
Next installment we’ll take a tour of the political aspirations and maneuverings of San Diego’s current crop of change-makers.

Posted by ndamashek@ucsd.edu at 5:47 PM