Haven't we met before?

In response to requests I received for the names of people I alluded to in last week’s commentary Too many years of inbreeding I’m providing a list of mayor Kevin Faulconer’s recent appointees, plus a brief description of who they are.

Many names will be familiar to those of you who have been following city affairs over the years.  For others, the people on this list may not ring a bell; like the city’s water and sewer pipes they tend to operate beneath the surface.  Their organizational interconnectedness and crossovers, however, are readily identifiable by one and all.

What might cause you to blink once or twice as you scan the list below is how Kevin Faulconer has surrounded himself with people whose affiliations are at odds with his campaign posture as a "moderate" Republican.

(For those of you interested in crossovers, you'll find a good description of the city hall game of Chinese Checkers in this 2009 Reader story.   Be assured, the game is still being played.)

Posted by ndamashek@ucsd.edu at 10:43 AM

Too many years of inbreeding

To misquote Shakespeare: Something is rotten in the state of Denmark ...our city.  Most likely it’s the result of too many years of inbreeding. 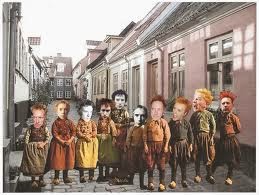 Look at the staffers roaming City Hall.  They occupy a hermetically-sealed world -- punctuated by narrow loyalties, a tendency toward inflated egos, frequent dalliances, and more revolving doors than in an Abbott and Costello meets Frankenstein movie.  Individuals who recently worked for (we assume it was for) former-mayor Bob Filner are now lodged in the office of Filner's nemesis, councilman Todd Gloria.  Some have leapfrogged to other council offices or elsewhere in the bureaucracy… marbles in a game of Chinese Checkers.

Check out the inbred monopoly of San Diego's top political consultants.  First they get their candidates elected.  Then they linger a while as "advisors" to ensure that their grateful clientele don't rattle the status quo or stray far from the fold.

In the same vein, have you looked closely at the “transition team” of our newly-elected mayor Kevin Faulconer?   It's like a B-movie rerun stacked with stock characters from the city’s big business, municipal union, real estate, Navy, and LGBT establishments.  They're has-been players who've been around the block too many times -- jaded and devoid of inspiration, imagination, vitality, or public-mindedness.

Now take notice of the mayor's “leadership team.”  At his right hand are political operatives previously aligned with Carl deMaio and Jerry Sanders.  Joining him is a new press secretary, a U-T reporter who traded his professional commitment to objective political reporting for admittance to the inner sanctum where ex-journalists earn their keep by crafting weasel words and snow jobs. (Names can be furnished upon request.)

This tradition of incestuous activity is no joke -- it has consequences in the real world.  Did you notice last week's headlines about how the citizens of San Diego were jilted and left standing at the altar by cronies from ex-mayor Jerry Sanders' “leadership team”?  These high-flying but incompetent operatives were handsomely paid to orchestrate next year’s Balboa Park Centennial and they dropped the ball without so much as a public apology… not even a whispered sorry for royally screwing the city out of critical preparation time, not to mention $2.8M of public funds.

Likewise, no apology yet from ex-mayor Sanders for his cynical appointment of unqualified insiders and for giving them unprecedented control over Centennial planning.  And no whispered sorry from him for his own arrogance in setting up a sham Centennial committee.  As for San Diego's inbred good-old-boy’s network (which continues to coddle and protect our man Sanders as he sits pretty in his downtown Chamber of Commerce echo room) don't hold your breath...

Of course there’s been no apology from our recent interim mayor Todd Gloria.  A self-proclaimed "can-do" man, he hid the Balboa Park Centennial fiasco from the public for more than six months.  In the face of mounting city harm, financial mismanagement, and loss of precious time he chose not to level with the public.  Instead, he passed the buck (alongside mayor Faulconer) with ludicrous attempts to lay blame on former-mayor Filner.

On the other hand, Todd Gloria made good use of his six month stopover in the mayor's office to have a ball.  Like in a Cinderella story, he seized this window of opportunity to wield a borrowed magic wand.  With feet propped up on the desk of the defenestrated former mayor he hired, fired, appointed, reorganized, and issued executive orders with impunity, ignoring City Charter limitations on the powers granted to a short-term stand-in.  The City Attorney played the role of permissive fairy godmother, winking and nodding at blatant political improprieties.

Maybe the magic wand went to his head.  Councilman Gloria's last act as temporary big boss was to order the destruction of city email files older than a year (with the City Attorney still winking, still nodding).  What in the world were they thinking?  What's been going on behind closed doors at City Hall to precipitate this over-the-top attempt at a cover-up?

While it may be true that our new mayor Kevin Faulconer agreed to a temporary hold on deleting city emails, his remarks are alarming: “I am going to ensure that there is a balance between transparency and cost. We will see what makes sense from a cost standpoint.”

A COST standpoint?  Arbitrary destruction of city records is a profound assault on the democratic process and on citizens of San Diego.  Surely our new mayor was just kidding.

The city is stuck in mediocrity, captive to the agendas of self-serving interests and incompetent “leadership.” 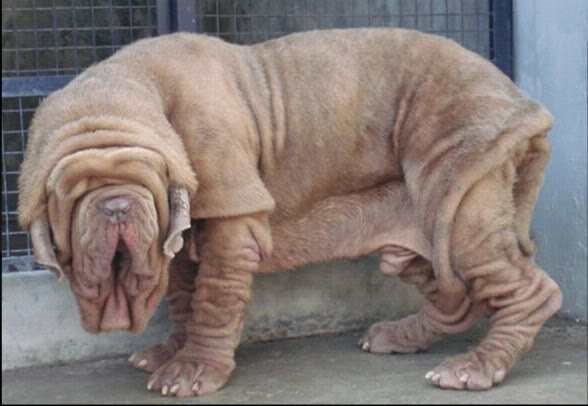 It's a mindset that pervades all levels of civic and political life -- north of I-8 and south of I-8, within young leadership groups and in VIP conclaves, in boardrooms and labor halls, among the haves and have-nots, Democrats and Republicans, alike.

This small-minded compulsion toward political incestuousness and routine inbreeding is taking us downhill -- fast.

Here's our choice: a) we can stay complacent and allow inbred malformations to become the norm; or b) we can demand more public truth-telling and evolve into a healthy, public-minded, ethically-motivated 21st-century city.  I'd say b) is worth a try.

Posted by ndamashek@ucsd.edu at 9:17 AM

A mindful walk down a dark and slippery slope

Here’s what the Zen manual advises for a stress-free existence: notice… let it go… then smile.

Truth is, I’m not ready for bliss.  And it’s not for lack of trying.  You know how it is once you’ve noticed certain things… how can you let them go?  Maybe tomorrow.

A guy walks into a bar, orders a beer on tap, and announces that the annual advent of Sunshine Week is just around the corner.  That’s the time when good-thinking people (journalists included) spend a few days promoting the public’s right to know what goes on behind the thick curtains of government.  Some call it transparency.

The point of Sunshine Week is to remind citizens that we need and have the “right of access to information concerning the conduct of the people’s business,” and moreover that the “meetings of public bodies and the writings of public officials and agencies shall be open to public scrutiny.”  You could call it an indispensable tenet of democracy.

So the bartender says to the guy, “Bad timing, fella.  Last guy who walked in here with that kind of talk got the kishkes knocked out of him.  The bigshots concocted a chorus line of big and little ladies to nail him for ogling and they walloped him black and blue.  Poor schnook -- he may have been a great political liberal but everyone knows you're your own worst enemy if you're a lousy flirter.  He’s a pariah, now.” 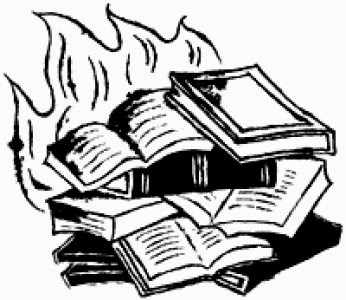 So the guy gulps down another home brew and says to the bartender, “Fooled ya baby!  I’m really here to report that Sunshine Week’s been rained out -- by executive order.  Your pretender-to-the-throne Todd Gloria just set the date for a City Hall book burning.  Who would've thought such an up-and-coming Democrat could be so… undemocratic."

It's a true story.  The joke's on us.  Council president Todd Gloria waited till his next-to-last day as placeholder for Bob Filner’s vacated mayor’s seat to decree that city emails older than one year shall be automatically deleted. Discarded. Purged. Deep-sixed.

Is this his idea of what a "strong mayor" is all about, making up regulations to deliberately shut out the public?

TO: All City Employees

SUBJECT: Administrative Regulation 90.67, Electronic Mail (E-mail) Retention and DeletionOn February 27, 2014, Administrative Regulation (A.R.) 90.67 regarding e-mail retention and deletion was implemented. As noted in A.R. 90.67, e-mails that are older than one year will be automatically deleted from the City’s E-mail Systems. To date, the City has not deleted e-mails and this has resulted in our City E-mail Systems being overburdened. This A.R. was implemented to address the storage capacity issues which, if unaddressed, would require the City to purchase hardware for additional storage capacity in the future.

The California Constitution states that “the writings of public officials and agencies shall be open to public scrutiny” but apparently certain people in San Diego don't think public scrutiny is such a great idea, after all.

Surely I’m not alone in wondering whether Mr. Gloria et. al. (the City Attorney and a top city official signed off on this scorched-earth plan) have some serious personal concerns about the contents of City email communications, calendars, and memos from the time period before, leading up to, and during Bob Filner’s abbreviated mayoral stint in office.

Does it make you wonder what might be lurking in these communications: fundraising shenanigans? issues involving the (former and/or newly appointed) police chief? impetuous amorous exchanges? permit improprieties? collusion to oust a sitting mayor?  Do you wonder why "the writings of public officials" are to be deleted before the public can lay eyes on them?

It's a dark and slippery slope, a new low for San Diego, when destroying public records becomes standard operating procedure.

Fortunately, our new mayor Kevin Faulconer has the power to restore the City’s integrity by immediately rescinding Administrative Regulation 90.67.  We’re impatiently waiting and watching.
Posted by ndamashek@ucsd.edu at 8:13 AM