Mayor mayor on the wall, who's the fairest of them all?

I know what you’re thinking: we’ve got plenty of time to make up our minds about who to choose to be San Diego’s next mayor.  No rush, right? Wrong!

Let’s get the timing straight.  The primary election is coming up sooner than you think—the date is March 3, 2020.  Then the top two winners will face off in the November 3 general election.

Now, let’s get the candidates straight.  The frontrunners for mayor are Barbara Bry and Todd Gloria--both are Democrats.  Civic activist Tasha Williamson is also in the running–for some voters she represents a protest statement.  There’s also Republican candidate Scott Sherman—he's the disgruntled candidate who voices cynical disgust for city government from his seat on the City Council dais.  Additionally, there are several also-ran names to choose from.

Above all, let’s get this straight: the mayor of San Diego may not be a hot item on the national agenda, but here at home the position of mayor could be--no, SHOULD be--a very big deal. (To be fair, Mayor Pete Wilson brought some innovative touches to the office before he went on to greener, though more conservative, pastures. 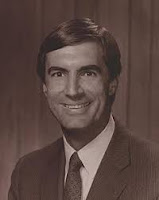 Mayor Roger Hedgecock seemed promising until he tripped over his own feet and skidded off the rails.

Mayor Bob Filner coulda been a contender, but it was not to be.  Did I miss anyone?)

For San Diego, the cumulative impact of settling for second-rate leaders is painfully clear.  Take a look at the persistent state of our bleeding financial budget, understaffed city departments, failing levels of performance, and zero accountability.  It's hard to miss the fact that current mayor Kevin Faulconer (just another pea in the pod) has proven himself incapable of taking care of basic city business, much less tackling San Diego's complex, ever-growing problems.

Wouldn’t it be great if we could elect a competent, stable, independent, trustworthy, responsible, well-informed, honorable leader... a mayor with integrity and a dependable moral compass?  It could be a game changer.

We may be in luck this time.  There is ONE candidate who could fill the bill.

I've become convinced that for a fighting chance to wrest political control away from San Diego's business-as-usual power brokers and bend the benefits of good public policy toward the residents of our city, the odds for a good outcome lie with Barbara Bry.  The sum of her attributes is abundantly more vote-worthy than the scorecard for any of the other mayoral candidates.

Of course, nobody’s perfect.  Barbara Bry earns demerits when it comes to her public demeanor.  She scores low on the charisma scale.  She’s no smooth-talker.  She’s not fiery, not the cheerleader type.  She doesn't qualify for membership in San Diego’s entrenched good-old-boys club.

What you see is what you’ll get: a down-to-earth, practical, realistic mayor with sharp business skills, lots of common sense, and no negative baggage… no hidden conflicts of interest… no secrets in her closet.  She understands that communities and neighborhoods must be the primary beneficiaries of city policies and decisions.

Not long ago I made a practical suggestion: forget the fancy stuff... the bells and whistles... the silly-talk about sexy streets and world-class status.

With the right mayor in office--someone with integrity, strong management skills, and a nuts and bolts approach--we could see real progress toward meeting the needs of our neighborhoods and residents, along with securing a stable future for the city.

Who can deliver? Not Todd Gloria--he's got a documented, reprehensible record of betraying his constituents and the public good.

Not Scott Sherman--he has scant respect for city government and treats the public with contempt.

Not Tasha Williamson--she speaks with authority on police abuse and overdue social reform but running the corporation called the city of San Diego takes a whole other bag of talents.

Way back last March I asked these questions: Is there time for Barbara Bry to grow? Spread her wings? Expand her scope? Be a risk taker by speaking truth to San Diego voters? Emerge as a multi-dimensional public-minded political leader?
Nine months later, my informed conclusion is that Barbara Bry is our best bet for San Diego's next mayor.