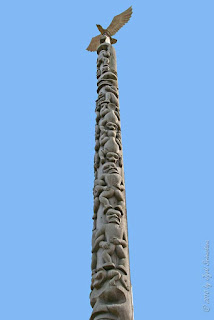 You and I – as ordinary voters living in greater San Diego – have a mind-numbing number of opportunities to elect scads of people to serve as our public mouthpieces.

We routinely go to the polls or mail in our ballots to select the "public servants" we believe will represent our personal and community interests and improve our well-being.  Keeping up with who's running for what is a daunting job.

In fact, if we built a totem pole made up of all our elected officials, it would surely reach the clouds, maybe even touch the sky. 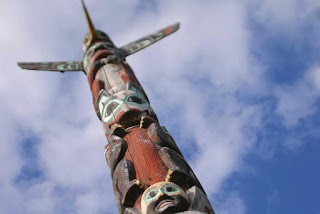 Getting a stiff neck? Patience, please... we're not done with our voting obligations yet.
Theoretically, given the sheer number of representatives we elect to take care of us, we should be the most contented citizens of all time.  Seen from a distance, it's an impressive display.

But the view up close, at ground level, tells a different story.  As I recently observed about city and county government, many elected officials we ceremoniously induct into this prestigious political club fail us. 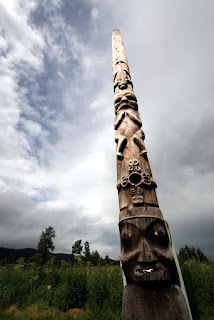 It's remarkable how many of San Diego's elected officials have perfected the knack for gliding, sliding, and shimmying their way up the political totem pole, despite leaving behind scant evidence of positive change from their days in city and/or county office.

Fortunately, hope springs eternal in the hearts of voters (my optimistic heart included).

So here I'll repeat myself: "…since it won't be long before we are bombarded online, on TV, in our mailboxes, on our front doorknobs by campaign solicitations and promotional endorsements on behalf of a bevy of candidates badly wishing to claim a seat on ( fill in the blank), shouldn't we know a lot more about the job these candidates are knocking themselves out for?"

Next time we'll pluck out the Board of Supervisors from the middle of our behemoth political superstructure and get some answers to questions about County Government, specifically: Who, When, Why, How come, and What's next?

Posted by ndamashek@ucsd.edu at 1:13 PM

Dangling participle – a piece of a sentence in search of it's true identity.  Here's an example: Sitting in the boss's chair, deadly disease runs rampant among homeless people on the streets of San Diego. 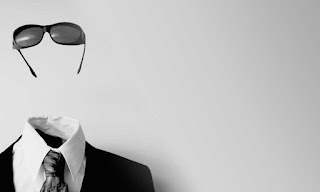 What's wrong with this sentence?  Something's missing.  We can fix it this way: Sitting in the boss's chair, Mayor Kevin Faulconer twiddles his thumbs while deadly disease runs rampant among homeless people….

An equally correct alternative might be: Sitting in the boss's chair, the San Diego County Board of Supervisors lazily ignore their civic responsibilities as deadly disease runs rampant….

Once we get the grammar right, the picture becomes clear.  Locally-elected officials – by choosing to ignore their political duty to protect the health and safety of the San Diego public – permitted a public health disaster to take hold of San Diego's neighborhoods, canyons, and streets.

There are sins of commission and sins of omission.  We know that pernicious actions by political actors can be punishable offenses.  What about willful complacency and pernicious negligence that result in a deadly outcome?

I've commented on our mayor's reprehensible delinquency in the past. Not much has changed.  Kevin Faulconer, the man who's supposed to be in charge of city affairs, is still incompetent and unequipped for the complex job of running a major city like ours.  He sits at his desk in his 11th floor City Hall office in a state of suspended animation. At press conferences and speechmaking events he play-acts the role of San Diego's highest-executive elected leader.

But could our dangling mayor have gone AWOL in the face of San Diego's homelessness crisis without tacit permission from certain other elected officials?  To what degree are San Diego County Supervisors also guilty of pernicious complacency… bordering on deadly negligence?  Has their complicity over the past decade compounded our city's and region's dual crises over affordable housing and homelessness? 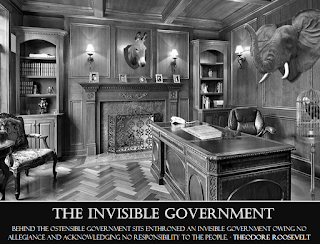 Here's one of our big problems – County government is practically invisible.  Ask your neighbor, ask your co-worker: What's the point of County government?  Who calls the shots? What impact does it have on our daily lives?

You might see a lot of shrugged shoulders. How many of us really understand what County Supervisors do to earn their comfortable salaries and pensions?  Is the Board of Supervisors just a cozy, self-satisfied nest for has-been politicians? Or maybe a convenient way-station along the campaign trail for political neophytes and marathon also-rans?

Possibly… but County government also happens to be an essential public entity with the power and resources to improve countless lives in San Diego.  It's worth our attention.

And since it won't be long before we are bombarded online, on TV, in our mailboxes, on our front doorknobs by campaign solicitations and promotional endorsements on behalf of a bevy of candidates badly wishing to claim a seat on the County Board of Supervisors, shouldn't we know a lot more about the job these candidates are knocking themselves out for?

The more we know about County government, the better our decisions might be about who's best qualified for the job of running it.

Posted by ndamashek@ucsd.edu at 3:55 PM