San Diego can be such a silly city.  For proof, consider the oddly loopy hubbub that surrounds this year's annual City Council ritual of choosing a council president.

People (many of whom should know better) have been turning themselves inside out over the roaring-hot question: will Todd Gloria be awarded a third term as council president or will another council member (presumably Sherri Lightner) get a turn to be the council's presiding officer?

At Monday’s City Council meeting the matter of when to select next year’s council president was considered.   The decision was made by the council to take care of the matter this coming Wednesday.

At the same council meeting, the matter of the mayor’s 5-year financial outlook was also considered.  The harsh contrast between the mayor’s rosy financial outlook and the reality of San Diego’s fiscal crisis was startling.  Even more startling was observing how smoothly the City Council tuned out the bad news.

But never fear, we’ll be returning to this much-neglected subject in the near future. Meantime, back to our silly city.

A group called Support Todd Gloria for Council President is soliciting hundreds of people to come down to City Hall this Wednesday... NOT to mark the swearing-in ceremony for newly-elected council members Lorie Zapf (District 2) and Chris Cate (District 6)... and NOT to protest the mayor's or council's nonchalance over unfunded community needs, decaying infrastructure, and depressed levels of city services... 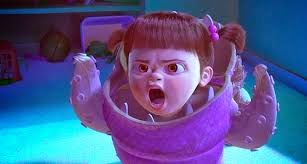 No, they’ll be there to cheer and/or jeer the selection of next year’s council president.  They’ve already signed petitions.  They’ve already received instructions to wear the color purple (wasn’t purple the signature color of the former movie star Kim Novac?  Apparently now it belongs to councilman Todd Gloria).

Think about this: protests in our city and in cities across the country demanding economic, racial, and social justice elicit barely a stir in the political consciousness of the San Diego establishment.  Local-level fraud, chicanery, malfeasance, inaction, and double-dealing raise nary an eyebrow.

So isn't it peculiar that an annual formality to select a council president would rouse the ranks to storm City Hall?  To be generous, I'd say it's pretty silly...

Posted by ndamashek@ucsd.edu at 9:10 AM