The despair of highly motivated voters

And I try to be informed.  I read and re-read the ballot initiatives… investigate and double-check the small print… pay attention to which group endorses which measure.  Sometimes, I gather friends and neighbors to comb through the ballot.  But let’s be honest: it still feels like a crapshoot. 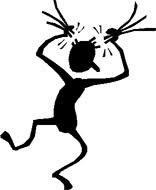 The initiative process gives us regular citizens the option of by-passing our elected representatives (whenever deemed necessary) and taking matters into our own hands to make laws on our own.  It's a romanticized notion of vigorous direct democracy.

Wanna hear a dirty secret?  Ballot propositions are never clear-cut, transparent, or exempt from unintended consequences.  They demand value judgments – the same as all political actions.

Wanna hear another dirty secret?  Ballot propositions have been known to send “highly motivated” voters into paroxysms of anxiety and guilt as they try to figure out the right answers to what are often trick or tricky questions.

With 11 state proposals, 4 county measures, and 9 city initiatives on San Diego's current November ballot does it surprise anyone that “low propensity” voters (Latinos, Asian-Americans, African-Americans, ages 18-30, and low-income residents – statistically speaking) would rather skip the whole thing?  Haven’t you ever been tempted?

Here’s my attempt to ease the pain for voters who'll be giving it their best shot at their neighborhood polling places this Tuesday.  First, a few points to keep in mind when deciding your vote:


Now for a look at the State Propositions:


Now for a look at the County Propositions: 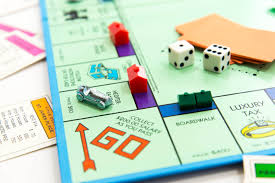 And that's it.  Congratulations for hanging in there.  The rest of the day is all yours.
Posted by ndamashek@ucsd.edu at 12:06 PM