Part I: Who knew the race for San Diego County Board of Supervisors could be so hidden, so mysterious?
County government leaders have gotten negative press lately with charges of complacency... neglect... elitism... callousness... and worse!  But that hasn't stopped a vigorous set of candidates from vying for a seat on the tarnished Board of Supervisors.

What an intriguing mystery! It's time for girl-crusader-for-good-government Nancy Drew to do some sleuthing.

She's got five big questions about county government.  And she's got a few question for the candidates whose eyes are glued on the June 2018 primary election.  All she wants are the facts, ma’am.

Question 4: WHAT DOES THE BOARD OF SUPERVISORS ACTUALLY DO TO EARN THEIR SALARIES?

Question 5: WHO ELSE DO WE ELECT TO COUNTY GOVERNMENT?
Part II: Enough with the facts.  Let's get to the politics
Think about this: not since Leon Williams won a seat at the county has there been a touch of color on the Board of Supervisors.

And it's even more lopsided.  For decades, Democratic politicians have also been mysteriously absent on the Board of Supervisors.  (But wait...wasn't there recently a Democratic Supervisor [gay to boot] who ruffled county feathers for a single term before he was sent packing?)

And while it's true that this once-exclusively male club has been breached by a scattering of female board members, it's also true that the county's mixed population has remained, decade after decade, under the collective thumb of five white Republican County Supervisors with a record of unlimited terms in office and redistricting practices bordering on the incestuous.

Is it any mystery that county government–historically–has been a hub of political and social conservatism? that its actions bypass environmentally-sane land development and promote urban sprawl? that it shirks its responsibility to provide residents with adequate social services? that (alongside the city of San Diego) it has permitted a hepatitis-A epidemic to ravage our homeless population?

Might upending the status quo by electing a more diverse Board of Supervisors (color, ethnic, party...) start the ball rolling toward a fairer, wiser, more representative decision-making process in county government? 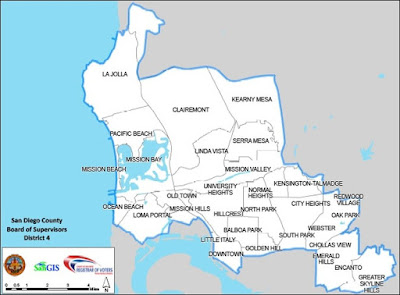 Part III:  Nancy Drew grills the candidates
For today's purposes, our relentless sleuth trained her eagle eyes on the Democratic contenders in San Diego County's 4th District, which happens to cover most of the city of San Diego.

She ID'd the candidates and peppered them with just-the-facts questions.  Here's her preliminary take: 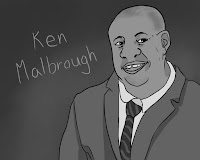 Candidate #2: Lori Saldana, a fierce and forthright kind of gal 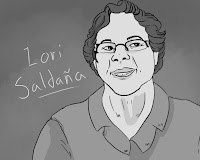 Candidate #3: Nathan Fletcher, a persuasive and resiliant kind of guy 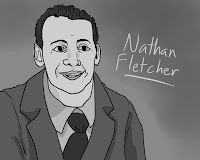 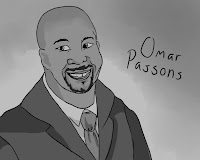 Part IV: Nancy Drew advises, keep your eyes wide open
What's clear so far is that the priorities of all four Democratic candidates are remarkably in tune with one another.  Each of their platforms expound on a common theme: the county's responsibilities for delivering a crucial set of health and social services.

Yet to be revealed is how strong a stand each of them will take on county issues involving sprawl, law enforcement, labor contracts, transit, etc.  Harder to lay bare is which of these candidates will be consistent about pursuing the public interest over political or private interests.

Insider intrigue within the Democratic Party has already put a heavy thumb on the scale in this race. But there are several months till the June primary, when voters will choose the top two candidates to face off in next November's race for 4th District County Supervisor.  By all means, keep your eyes wide open.

Posted by ndamashek@ucsd.edu at 12:19 PM