Mirror mirror on the wall, who's the most progressive of us all? (Installment II of III) 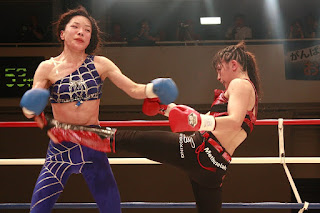 Mega-sized campaign mailers from San Diego’s current crop of would-be reformers reach practically to the ceiling.  I’m sure it’s a boon to the US Postal Service but I feel punch drunk from the senseless beatings so many of our “change-makers” are inflicting on one another.

The bloodshed is really puzzling, since all of our good-guys identify themselves with the same label – Progressive.  So here’s a question: what does “progressive” actually mean?

This much I remember from my Urban Planning classes: Way back, starting in the late 1880s and lasting for about three decades till the end of World War I, a social movement arose to confront the negative consequences of the great industrial revolution of the 19th century, and this social movement grew into a political movement, and it became known as “progressivism.”

Fast forward a century for the spectacle of modern-day reformers in San Diego and across the country rallying alongside Occupy Wall Street activists in peaceful rebellion against a resurgence of corporate abuse, bank fraud, mega-money control of elections, income inequality, a rigged economy… could this auger a revival of the historic Progressive Era? 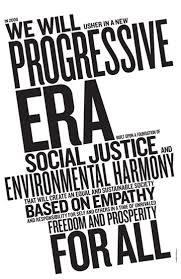 Do you ever wonder, are YOU a real progressive?  Test yourself with this cheat sheet of progressive values and goals, garnered from public statements by self-branded progressive groups, spokespeople, and progressive-labeled candidates.
A progressive:
To sum up: Progressives have an all-inclusive agenda advocating social, racial, economic, and gender justice; and a simple policy platform to tax the rich, end wars, and create honest and effective government for all.


Don't worry – nobody’s asking a progressive candidate to be a saint.  But something’s missing from our progressive litmus test.  Where’s the bullet point for personal integrity… honesty… truthfulness… dependability… past performance… ethical core… consistent voting record?
Where are the demerits for vituperativeness? obfuscation? distortion? arm-twisting? coercion? false witness? creating one's past out of whole cloth?
Did you pass the test?  I did - but, I admit, not with a perfect score.  What about the bevy of local candidates who sport the big-P?  I predict they'd all get an A.  There’s nary a hair’s breadth of difference in their campaign platforms.
Except, perhaps, when it comes to #19 – campaign money.

Despite plenty of lip service from San Diego's candidates about campaign finance reform, the brutal combat zones in some of our primary races (e.g., District Attorney, County Supervisor D4, Congressional D49 & D50) are fueled by big money from super-PACs and fabulously wealthy donors.  Even the San Diego County Democratic Party is tilting the primary scales with heavy bundles of cash for one anointed candidate above all others.
What’s crazy about this picture is the wild-west mashup of progressive candidates endorsed and financed by odd-fellow combos of unions, PACs, and rich individuals.  There are too many hidden agendas.
I have a contrarian friend whose opinions I appreciate.  He points out that life in San Diego isn’t as bad as all that, at least not when compared to the near-fascistic forces manipulating today's White House and Congress.  True.
Then again, even in a city as placid as San Diego, seasoned veterans of political wars readily recognize the alternate political reality hidden under high stacks of glossy campaign sloganeering and progressive rhetoric.
In this era of extreme partisanship, smug convictions, fierce rivalries, smoldering grudges, and #KnowNothing #MeFirst mindsets, even the good guys are not immune to infection.
San Diego looks good on the outside but:
↠ if we don’t master good governance at the local level
↠ if we don’t challenge those who bear responsibility for what goes wrong in our region
↠ if we keep giving passing grades to mediocre politicians
↠ if we fail to confront our change-agent superheroes when they start behaving like the bad guys, then all progressive bets are off.

More on these issues, players, and candidates next time…