They say meditation clears your head and speeds you down the road to enlightenment.  I’ve tried.  Remember my mindful walks?  Breathe in…breathe out…notice…let it go. 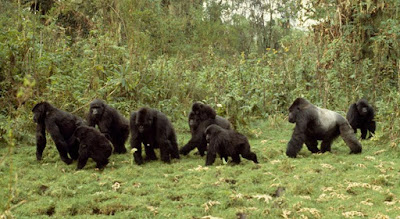 But letting it go doesn’t work anymore.  San Diego’s notion of progressive politics has changed a mindful walk into a walk on the wild side.

Come notice with me and you’ll see what I mean.

Notice that primary election day is here and the June ballot is a real turn-off.  Too many ovals to blacken, vague propositions, and mysterious candidates – who are most of them, anyway?

A couple of years ago some smart-alecks sold us a bill of goods about the civic virtues of the “open primary,” which invites unlimited numbers of candidates of every political persuasion to a free-for-all to duke it out for 1st and 2nd place.  Then the day after the primary, beleaguered voters submit to more rounds of fundraising, TV ads, pricey campaign mailers, and nasty bloodletting as the top two vote-getters pummel one another until November, when they’re thrown back into the ring for the final winning battle.

Let it go?  We shouldn’t.  Not when there could be a more efficient, quicker, less expensive, and painless option for electing our representatives (back to this subject at a later date).

Now notice the unusually high number of self-proclaimed progressives on the June primary ballot.  What’s peculiar is that many are running for the same office.

In past years, bewildered voters could count on a who’s-endorsing-whom cheat sheet to steer them in the right direction.  No longer.  Odd-couple endorsements and peculiar pairings fly all over the map.

For example, two of my favorite do-good nonprofits tell me to vote for candidate X when I know for certain that candidate Y is the superior choice.  Democratic politicians I once respected are pimping for ineffectual, manipulable, cliché-ridden candidates.   And the local Democratic Party has sold its soul by publishing indefensibly dirty ads against a particularly qualified Democratic candidate while bestowing endorsements on flashy candidates proclaiming phantom achievements.

Let it go? Not if we care about the future of San Diego. 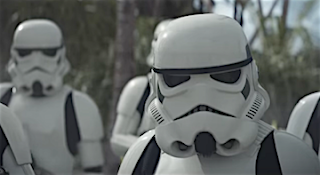 Let’s take a quick look backward.  San Diego is an arid, drought-prone place with a politically conservative history.  Nevertheless, various ethnic, sexual, environmental, labor, and racial streams have occasionally trickled through and fertilized the political scene.  Consider:
Looks hopeful, doesn’t it?  But who can call it progress when we see our current good-guys indulge in proxy wars… personal vendettas… obsessional political ambition… compulsion for dominance?  when they pull the rug out from under authentic good-guys?

It comes as no surprise that even progressives can succumb to venial sins like ignorance, gullibility, or falling head-over-heels in love with sexy and seductive people.  But mortal sins (lying, coercion, defamation, bribery, hit-jobs) are something else.

To some, it just politics.  But for progressives, when the lofty idea of intersectionality ends up looking like collusion, it's called going rogue.  Here's how it's been playing out in San Diego:

Workers unions are fighting for their collective lives all over this country.  In San Diego, they’ve become their own worst enemies.

What was originally a cockfight has shape-shifted into a noxious proxy battle involving two candidates running for county Supervisor: professed convert to progressivism Nathan Fletcher and long-time progressive Lori Saldaña.

Mickey Kasparian had once thrown his union's support to David Alvarez for San Diego mayor, bypassing Nathan Fletcher (turns out, neither won that race).  Fletcher is once again back in the saddle as a candidate for county Supervisor.  And once again Kasparian could be a spoiler.

It's likely someone ordered a purge.  You may have read  about harassment charges (sexual and otherwise) lodged against Kasparian by three women in #MeToo attempts to strip him from power and send him packing.  Politics/ power/ revenge?

A true-blue labor activist once confided to me that, despite many misgivings about Nathan Fletcher and his anti-union, anti-woman, anti-taxes voting record, most unions would endorse him based on assurances that his wife Lorena Gonzalez Fletcher (past political director of the Labor Council  and current state assembly-member) would make sure that that her husband would always vote the right way.

Fold in the role of the Latino community, which remains underrepresented at the polls and only perfunctorily represented by their elected leaders here at home.  Political turf battles, controlled mostly within family lines (the Inzunzas, the Huesos), are still the norm in San Diego and the South Bay, where above-mentioned Lorena Gonzalez diligently shores up kinship alliances.

So it’s hardly a surprise that a non-family-affiliated independent Latino city official like David Alvarez gets the snake-eye from the ruling Latino establishment.  And it shouldn’t be surprising that the campaign to oust Mickey Kasparian was ferociously fueled by activists within the Latino community.

Up north you'll find environmental lawyer Marco Gonzalez, big brother of Lorena Gonzalez, defending the coastline.  He also wears the progressive label while doing his loyal best to stay on the good side of his sister.  In the past he's kept his fingerprints anonymous – for example, when helping to assemble aggrieved women to bring down Mayor Bob Filner, thereby clearing the coast for Nathan Fletcher's (ultimately unsuccessful) mayoral runs.

The upshot for the citizens of San Diego? We got Kevin Falconer for mayor – four years of regressive planning, housing, infrastructure, homeless, and social policies – just like in the bad old days.  What more proof do we need that underhanded, murky tactics, even when they come from progressive good-guys, lead to fetid outcomes?

Now fold in San Diego’s gay community.  Once predominantly Republican, around two decades ago a contingent of organized, motivated gay activists took over the moribund county Democratic Party and infused it with new energy, money, and leadership.  A gay center was established in Hillcrest, a gay council district was created, and increasing numbers of gay elected leaders were shepherded onto the school board, city council, and upward to the state assembly and senate.

But these Dem Party leaders were failures at multi-tasking. They ignored the party’s other obligations to cultivate, groom, and support a wide spectrum of Democratic candidates and pursue a comprehensive range of progressive goals for the region – leaving the Party vulnerable to attacks from all sides of the Democratic spectrum and bereft of a healthy pool of new, true-blue blood.

As for the Democratic Party –  Ordinarily, I feel protective of San Diego’s Democratic Party.  But the party's unprecedented decision to freeze out highly qualified progressive candidates running for county Supervisor (two black men, Omar Passons and Ken Malbrough, and Latina Lori Saldaña) and throw huge financial resources into their anointed candidate Nathan Fletcher (whose outstanding political achievement so far is his marriage to Lorena Gonzalez) is dumbfounding – especially since the party has sidestepped a truly crucial race for the US Congress in the county’s 49th district! 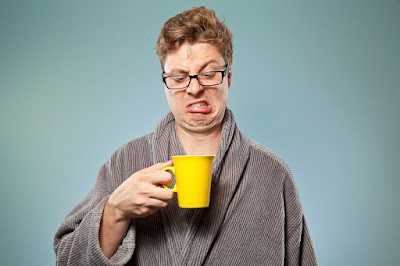 The Party’s indefensibly hateful attacks on Saldaña feel downright deviant.  This is not politics as usual.  This is not progressive. This reeks of manipulation and bullying.  This poisons the progressive well.
Finally, intersect our #MeToo movement in this lineup of distorted progressive values for giving full consent to being exploited as battering rams and manipulated into doing the dirty work for other people's retaliatory power games and personal agendas.

Franklin Delano Roosevelt, in a State of the Union speech in the early years of WW II, summed up what progressivism is all about.  He named Four Freedoms: freedom of speech; freedom of worship; freedom from want; and freedom from fear.

And we handicap and cripple ourselves by ignoring unprofessional, uncoordinated, unaccountable, inefficient, and just plain sloppy city management under Mayor Faulconer’s administration.

The easy part for progressives is fixing our governmental and structural handicaps.  That's what we ought to be doing.

The hard part is fixing ourselves.  That's what we must do.

Posted by ndamashek@ucsd.edu at 10:38 AM