Who gets the last laugh? It's time to decide

Well, what do. you know? The Union Tribune announced that Todd Gloria is their choice for mayor.  No surprise here! 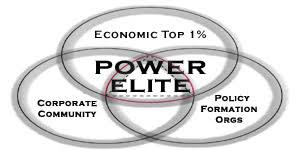 The U-T acknowledges that Barbara Bry would be a superior mayor/manager of San Diego at a time when we are in desperate need of professional and ethical management.

But… Barbara Bry is not a member of San Diego's old-boy network.  And Todd Gloria is.

He's a tried and true pinch hitter, adept at scoring the deals and policies that typically enrich our city's lobbyists, campaign donors, unions, and business elites--usually at public expense. 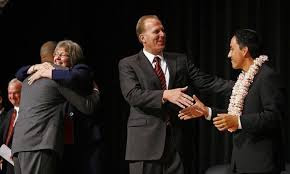 You can count on him to work hand in glove with the entrenched brotherhood of San Diego's growth machine.  His record makes that clear.

Here's are some observations* I made in the past.  They are even more relevant and applicable today:

There's a short video you should watch.  It showcases our city’s top politicians strutting their stuff as hotshot Top Gun naval aviators.

It’s a droll skit.  You’ll chuckle watching the honorable men I recently wrote about as they bond in a boys-will-be-boys ritual.

But most of all, this doozy of a video spotlights why -- in the hands of our current politicians and the people who prop them up -- San Diego is destined to stagnate as an underachieving, plodding, also-ran kind of city.

The video was produced by the San Diego Taxpayers Association for its Golden Watchdog and Fleece Awards Dinner.

For example, notice who’s in charge.  It’s none other than the honorable Jerry Sanders, cast as the swearing officer barking marching orders to a pair of compliant underlings.

And who are those minions kowtowing “Yessir!” to big boss Sanders as they vie with one another for his favor?  They sure look a lot like our top political leaders, the newly-elected honorable mayor Kevin Faulconer and our honorable city council president Todd Gloria.  How cute and winsome they are as they deliver their lines on cue.

Okay, we know it’s a spoof.  The trouble is, the joke’s on us.  While we’re giggling, the guys who write the script, the ones who call the shots in our city are laughing … all the way to the bank. 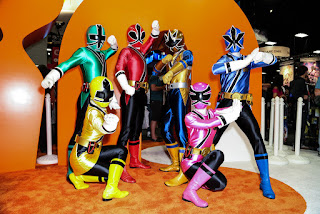 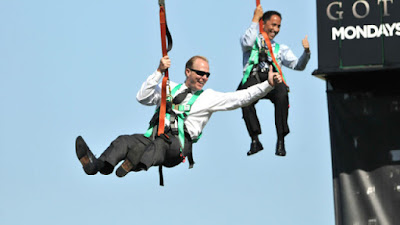 Sure, we've got a sense of humor.  But check the end of the video where the short guy says to the tall one, “You can be my wingman anytime.”  It’s an ambiguous buddy term involving support, protection, and the password to the exclusive old boy network.

But tell me, is it really a laughing matter when conflicted city officials work hand in glove to keep one another in business?  Is it really humorous when San Diego’s elite private establishment assumes ownership of city officials and writes the scripts and agendas and laws that control the city’s future?

On the other hand, wouldn’t it be a blast if San Diego citizens commissioned our own pack of wingmen to help hook us up with dedicated, public-minded, smart, and courageous political figures?  Just the thought of it brings genuine joy to the heart, doesn’t it?  For starters, we could raise our standards several notches and demand a lot more integrity and intelligent action from the people we elect to serve us.  Maybe then, the public would finally get the last laugh.

(*The original commentary can be found at http://numbersrunner.blogspot.com/2014/04/who-gets-last-laugh.html)

Posted by ndamashek@ucsd.edu at 3:44 PM