The following photo essay is explicit and revealing.  It is not intended for the fainthearted or for adults and/or children with unusually delicate or immature sensibilities.

However, for the stouthearted among us I ask you to take a peek at a variety of permutations of the infamous headlock technique ascribed to our mayor.

Then I ask you to select the picture that corresponds most closely to your mental image of what a Filner Headlock really is.  Would it be a:

Posted by ndamashek@ucsd.edu at 4:53 PM

A mindful walk through treacherous territory

Today I’m on a mindful jaunt through America's finest sexiest city.  Not just ordinary sexy but exuberant sexy... in-your-face, over-the-top sexy.  It’s a walk that calls for extra-special noticing (though not much letting go).

I notice that there’s a three-ring circus in town, selling its special merchandise to participants and spectators alike -- an exotic brew of beer-soaked hormones, pheromones, secretions, and sundry other exudations.

It’s being peddled on Fiesta Island at the annual beach bacchanal known as the Over-The-Line Tourney -- a boozy, raunchy, let-it-all-hang-out display of tantalizing semi-bare bodies engaged in personal pleasures and pursuits and not-necessarily-innocent fun and games.

It was widely available at the LGBT Pride Parade – a comparable extravaganza of raunchy, let-it-all-hang-out semi-bare bodies engaged in the celebration of freedom to be and liberation from the shackles of conventional restraints and taboos.

It’s a staple at the upcoming multi-million dollar Comic-Com International – another wild blow-out promoting freedom from (or on behalf of) shackles, alluring and revealing getups, escapist fantasies, and sky’s-the-limit flights of fancy.

We can call it a concatenation of profligate events -- to say it the fancy way.   A magical alignment of the moon and stars -- if you're a romantic.  A capitalist capture of the lucrative business of selling sex -- to be prosaic.   It's a sign of how cosmopolitan, uninhibited, and open-minded we San Diegans are.  We're way cool.

I notice that the same potent brew is fueling another major event in San Diego -- a blaring sideshow about sex… raunch… personal pleasures… liberation from conventional restraints… not-necessarily-innocent fun and games.  The big difference is that the public isn't allowed into this one for a for a first-hand look.

This raucous major event focuses on the sex life of our mayor.  It deals with the

A mindful walk down Sunroad Lane 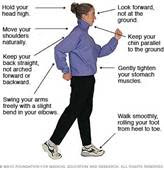 To tell you the truth, these mindful walks can give me a headache…notice and let it go… notice... let go…

When I started these walks it looked like letting it go would be the hard part.  Turns out the noticing part is worse -- because what I’ve been noticing is really screwy.  In fact, it stinks.

I notice that the spiked cudgel wielded by the U-T San Diego (reduced to a 3rd-rate tabloid under heavy-handed revamping by owner Doug Manchester) is the designated weapon to batter, bludgeon, and defame those who dare challenge the hegemony of San Diego's developers, bankers, hoteliers, downtown partners, Chamber of Commerce, and Republican Party-backed officials.  The editorial page churns out distorted, uninformed, hypocritical tirades with nary a blush.  Doesn't a city like San Diego deserve better?

I notice, unhappily, that our news alternatives (with some notable and promising exceptions) still hang out at the shallow end of the pool, content with sniping, feinting, and water-pistol wars.  San Diegans desperately need more wave-makers and intrepid underwater explorers.

[And speaking of water -- it's worth your while to read this excellent story in the VOSD about the politics of San Diego's water supply.  We can't afford to lose you, Will Carless!]

I notice that our local legal system lineup of superior-court judges, federal attorney, sheriff, district attorney, city attorney, police chief, and lobbyist-law firms frequently distorts the legal system in the service of (i.e. aiding and abetting) the city’s power brokers.  One recent example among many? an unseemly coupling between our city attorney and court judge to prosecute Jim Jeff Olson for chalking anti-bank slogans on sidewalks near Bank of America.

I notice that these law-enforcement Rockettes

Her NumbersRunner commentaries have received multiple awards from the